The First Defense Attorney: Prosecutors and the Power of Discretion 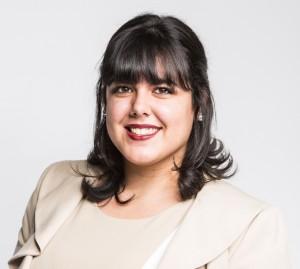 Oftentimes, society perceives prosecutors as stoic Inquisitors, fervently accusing defendants and fiercely seeking convictions. The reality of the prosecutor’s role is far from this nefarious caricature. In United States v. Wade, Justice White notes that a prosecutor’s main obligation is to seek truth and to do justice. The dire importance for seeking truth makes prosecutors different from other attorneys. The defense attorney, naturally, wants to avoid conviction or to mitigate her client’s punishment; the interest of civil attorneys rests on zealously advocating for their client to win the case—and generally the monetary award.

“Winning” is a difficult term to define in criminal law. Does a prosecutor win a case because she gets a defendant to agree to a plea? Does she win when the jury comes back with a guilty verdict, with a conviction? Winning for the sake of being the victor does not serve the purpose of justice; justice requires additional practical, human considerations: public policy interests, judicial economy, and fairness.

The United States is hardly alone in granting prosecutors the power to decide which cases to dismiss and which to pursue—England, France, and Germany also recognize how imperative prosecutorial discretion is. The Austrian court system, which does not grant prosecutors the power to dismiss cases, is beginning to see the difficulty posed by a lack of discretion. Constrained by the code of criminal procedure, judges are beginning to encourage suspended sentences for defendants, employing alternative methods that achieve the same result prosecutorial discretion would achieve. Germany faced a similar predicament when, having formally denied discretion in its Criminal Code, it continues to carve out practical exceptions where pursuing charges would be counterproductive (i.e. not serve the public interest).

Unfortunately, Americans seldom remember—or perhaps simply aren’t aware—that State, District, and U.S. Attorneys have the power of prosecutorial discretion; this discretion plays an indispensible role in our justice system. Without the exercise of discretion, our courthouses would see hundreds of thousands of cases, which would be impossible to hear or try with limited judicial resources and time. In an environment like Miami-Dade County, with an already overwhelmingly high volume of cases, prosecutorial discretion is essential. Last year, 122,943 crimes were committed in Miami-Dade County; 113,097 individuals were actually arrested, and in a fraction, the State proceeded with formal charges. If every single person who committed a crime in 2014 were to be prosecuted, it would take several years to close all of the cases from 2014 alone, without even considering the new forthcoming cases.

Opportunities to exercise discretion arise at every stage of a criminal case: before the inception of a case, during plea negotiations, and even at sentencing. Prosecutors can control whether to file an information charging the accused, or nolle prosequi. Similarly, the State can decide to send the accused to a pre-trial intervention program to rehabilitate the individual, instead of prosecuting the case. During plea negotiations, prosecutors also have the ability to offer defendants probation instead of incarceration for a term of years or months. Even in situations where judges are not granted any discretion, when minimum mandatory sentences exist, prosecutors have the power to affect sentencing decisions by waiving the minimum mandatory sentence.

The spectrum of crimes for which prosecutors exercise discretion is also extensive, ranging from narcotics possession and domestic violence to crimes that make a defendant eligible for capital punishment. Miami-Dade County prosecutors stand out from other counties in their frequent use of discretion in the former category. Between 2010 and 2014, the State dismissed about 49% of cases involving possession of marijuana, and about 80% of misdemeanor domestic violence cases qualified for pre-trial intervention programs. With regard to the most serious cases (the ones involving the death penalty), Miami-Dade County prosecutors seek death far less frequently than several other counties in Florida, most strikingly Duval County. Where 867 murders occurred in Miami-Dade between 2009 and 2012, only five individuals were placed on death row; in Duval, 367 murders occurred, yet 18 individuals sit on death row as a result. Such a dramatic difference exists because Miami-Dade prosecutors exercise their discretion in more occasions than prosecutors in Duval.

Rachel Gonzalez is a Staff Member at the FIU Law Review.  Ms. Gonzalez can be reached at rgonz115@fiu.edu.