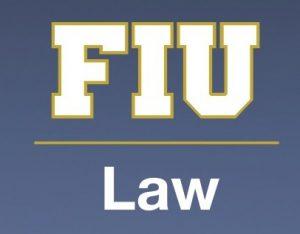 The Federal Sentencing Guidelines are rules that set out a uniform sentencing scheme for individuals and organizations convicted of felonies and serious misdemeanors. The United States Sentencing Commission (“USSC”) drafted the Federal Sentencing Guidelines (also known as mandatory minimum sentencing laws) in order to achieve honesty, uniformity, and proportionality in federal sentencing. Since their implementation, however, jails and prisons at both the federal and state level have witnessed an explosion in the minority and female inmate population.

The rush to make America safe has disproportionately affected women, and particularly women of color. Currently, two-thirds of women serving time in federal prison are behind bars for nonviolent drug offenses, and the vast majority of them have children they cannot even see. Although these women have allegedly engaged in criminal activity, they have engaged in criminal activity as a result of issues generally unique to women, such as domestic abuse, pressures to stay in relationships for monetary support, and the need to keep the family unit together.

Facially, the sentencing guidelines are entirely neutral as they explicitly prohibit the consideration of sex, ethnicity, and income in determining a sentence. However, mandatory minimum sentencing laws are not truly gender neutral because they do not recognize the gender-based differences in criminal behavior. Unlike male offenders, the vast majority of women prosecuted in federal or state court are nonviolent offenders who have committed property crimes or other low-level drug offenses. Conspiracy offenses represent one of the most egregious examples of the sentencing guidelines’ inequitable treatment of women. Although conspiracy laws were designed to target members of illicit drug organizations, they have disadvantaged many women for being guilty of nothing more than living with a husband or boyfriend involved in some level of drug sales. Unfortunately, sentencing guidelines do not allow for downward departures based on women’s unique role in criminal behavior. If they did, there would be a lot more women on probation and in rehabilitative programs, and a lot less women behind bars for nonviolent crimes.

The federal government and states with harsh sentencing laws should reform their guidelines to restore judicial discretion, eliminate egregious sentences, and save taxpayers’ money.