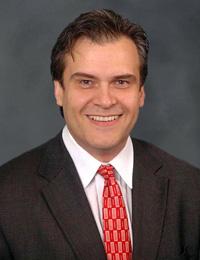 Over the last few months, nationally acclaimed scholar and FIU Law founding faculty member, Professor Ediberto Román,  has been recognized for his many achievements and has written several articles for various publications. During FIU’s Faculty Convocation, Professor Román was singled out as a the FIU Presidents Council Worlds Ahead Award finalist – the university’s highest award for faculty – and was ultimately named runner-up. Román was recognized for his contributions to immigration and constitutional law scholarship, student advising, and community activism relating to immigration reform and human rights.

He was also asked by the Howard Law Journal to publish an article commemorating the 50th anniversary of the passage of the 1964 Civil Rights Act. His article, “Love and Civil Rights” was submitted for their symposium. Professor Román also published an article, “The American Nationals” for the encyclopedia of American Governance, published in print and online by Macmillan, an imprint of Cengage Learning Company.

Lastly,  the Inter-American Commission on Human Rights has agreed to hear a case against the Dominican Republic for its denaturalization of hundreds of thousands of its citizens. This is the first of several important steps to vindicate the rights of the Dominicans of Haitian descent in the Dominican Republic. The case was brought by Haitian attorney Gedeon Jean, and Professor Roman later filed an amicus brief with the assistance of a group of our volunteer students, in support of Mr. Jean’s initial petition. This case has captured international attention, and will likely have significant impact in this hemisphere.